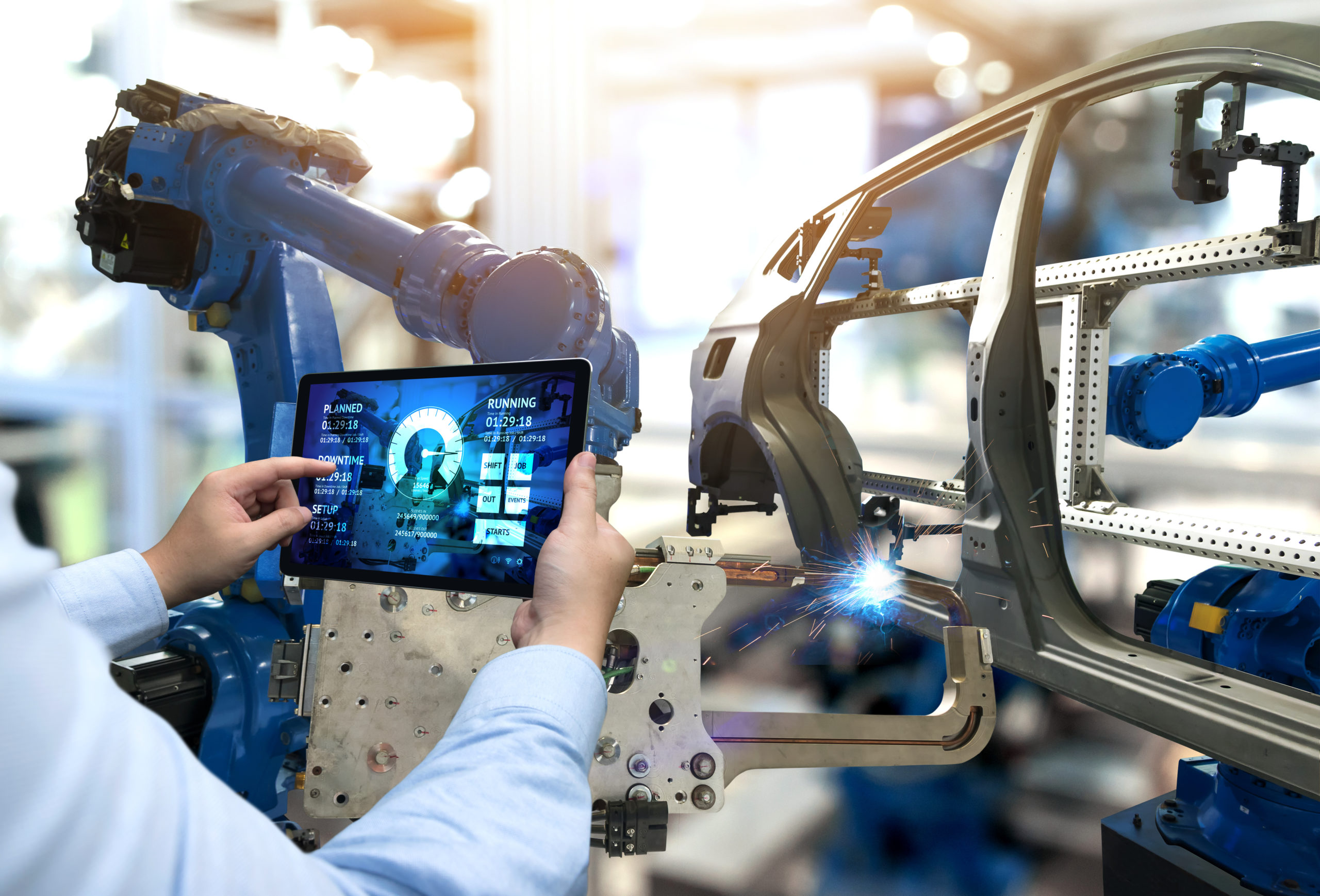 We are on the Precipice of a New Industrial Revolution

Throughout history, humans have been advancing as a society, whether that be through social interactions, education, technology, and more. Humans continue to improve how we live, creating new technologies to make tasks that were once time-consuming and difficult easy and quick to complete. Healthcare has improved, and so has our education system. With each passing generation, these advancements become more impactful and more frequent. We have come to refer to these periods of technological advancements as industrial revolutions. Each brings with it a specific quality or technology that is a driving force behind these movements. As we have progressed, the gaps between these revolutions have gotten smaller and smaller. They continue to occur at a rapid rate.

Today, ARYU Networks intends on taking a look at what many experts predict the 5th Industrial Revolution will look like and how it ties directly into the 4th.

What are Industrial Revolutions?

An industrial revolution marks a period of development that shifts the way society works and progresses. It often throws the world into a new stage in human advancement, allowing us to achieve more than we ever could before. At the time of this writing, there have been four apparent major industrial revolutions that each shifted the way the world functioned, whether that be how we operate in manufacturing, technology, education, or socially. Humans continue to evolve and progress.

As we have stated, the world has gone through four industrial revolutions, with the fourth one ongoing. However, as the 5th Industrial Revolution approaches, it’s important to examine the four that precede it.

The 1st Industrial Revolution began at the tail-end of the 18th century, lasting into the late 19th century. It was marked by the introduction of machines and techniques used in factories to mass-produce products in textiles, iron making, and other industries that were once painstakingly crafted by hand and took much longer. This period saw the invention of the steam engine, which helped propel industrialization ahead of agriculture as the backbone of the economy in most of Europe and the United States.

Following the success of the first, the 2nd Industrial Revolution began at the end of the 19th century, leading into the 20th century. This period experienced seismic technological shifts in the field of industries that helped lead to the emergence of new forms of energy, such as electricity, gas, and oil. The internal combustion engine emerged as a powerful tool for change, steel demand increased, and methods of communication, with the invention of the telegraph and the telephone, improved. The inventions of the automobile and plane bookended this period, which has led many to consider the 2nd Industrial Revolution as the most important.

The 3rd Industrial Revolution began in the second half of the 20th century and is often referred to as the Digital Revolution. This period saw the emergence of nuclear energy, electronics, telecommunications, and, most importantly, computers and the internet. The Digital Revolution opened the doors to space exploration, research, and more.

We are currently living in the 4th Industrial Revolution, which many experts refer to as Industry 4.0. Typically, we wouldn’t know when a revolution is occurring, but thanks to the frequency of new technologies, we do. The explosion of the internet sparked Industry 4.0. The internet has allowed technology to flourish. The Internet of Things, AI technology, quantum computing, blockchain, and more make up much of what makes Industry 4.0.

As each revolution has pushed our society and humanity further in regards to technology, education, and economics, we have seen the advancements of technology and commerce be prioritized over the service of humanity, meaning we are placing these new technologies and the economic benefits they present over humans and workers. Industry 4.0 is arguably the most apparent instance of this occurring. In fact, according to The Future of Jobs Reports, 65% of children who are beginning their education in primary school will end up with a career that does not yet exist. Furthermore, over half of U.S. jobs have the potential to be automated without human labor.

The technologies that are emerging in this revolution are taking priority over the needs of humanity. Profit is taking priority over purpose. Many champions of Industry 4.0 have begun to recognize this shift and the backlash from the public. They have begun to bend back technology and innovations to service humanity for future generations, but this process will be a gradual one, with the 5th Industrial Revolution needing to react to the advances in Industry 4.0.

When people meet to discuss the next move towards advancement, they typically talk about the “next big tech thing.” Rarely do these individuals discuss how these new technologies can help humanity in all aspects of life. However, in the 5th Industrial Revolution, that will no longer be the case.

The goal of the 5th Industrial Revolution is to carefully integrate humans and technology, ensuring that both work closely together and provide each other with countless benefits. Many experts hope to put priority back in humanity and purpose instead of putting the focus on profit. At Davos 2019, they promoted the idea of “Blockchain + AI + Human = Magic.” They stated that AI would create new human labor productivity, blockchain would assist those who are unbanked with banking, robotics will help humans support ROI with purpose, and much more.

A focus during the 5th Industrial Revolution will be in placing trust in technology, ensuring that it is being used for the good of the world, not just for profit. The fear of Industry 4.0 is that it is taking humans out of industry, and technology is replacing them in the workforce. The 5th Industrial Revolution wants to put humans back in. Instead of asking how we can improve efficiency and productivity, this revolution asks how we can make the world better.

It’s important to note that this new revolution will take place concurrently with Industry 4.0, altering as new technologies emerge. The 5th Industrial Revolution will have to react to how Industry 4.0 changes and advances. However, its purpose is to integrate these new technologies into the way we live to create new opportunities and improve life, incorporating the United Nation’s Sustainable Development Goals (SDG) to target areas for progress.

ARYU Networks continues to stay on top of all advancements in technology to provide our customers with the best service imaginable. As Industry 4.0 advances, so will the 5th Industrial Revolution, and we intend on closely watching these advancements.